I no longer have a womb.

When I come crying out hard;

Swearing “Fuck!” to the ceiling,

My cunt tightens, implodes under my fingers.

The space where my womb used to be

Nature may hate it, but I don’t.

For every time I come I feel a spark:

A flicker of life in my innermost parts.

Something is growing.  Something moves.

I squeeze my eyes shut.  I imagine a bloom

Drawn out of pleasure,

A hopeful alien life reaches out.

A concept that nobody spoke of,

Until they took my cervix and my womb

To save my life;

To give me something new.

Life after a hysterectomy? Yes.

Sexual desire after a hysterectomy? Yes 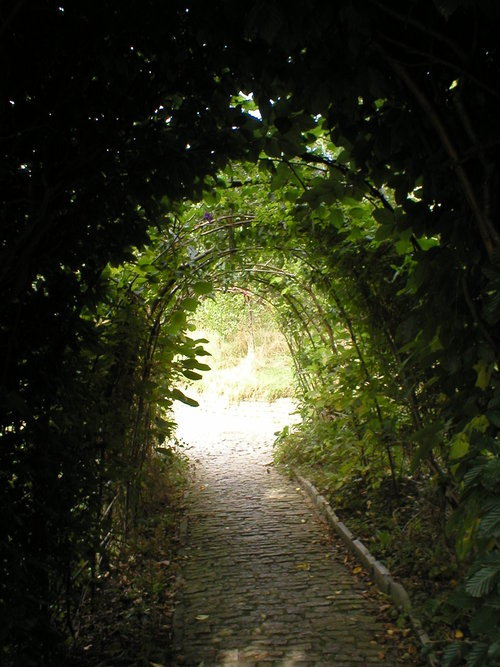 Some people face biphobia at work; some at their local church, mosque or pub. The irrational fear and hatred of bisexuality is not a concept for me.  Biphobia is real.  It stands about seven feet tall with a red, blotchy face.  Biphobia wears a shabby black cloak. He has an evil stare.  Biphobia makes me feel very uncomfortable sometimes.

I wake up one day to find Biphobia sitting at the bottom of my bed, smoking a cigarette.  “You managed to sleep with a woman yet?” he points to the mound beneath the covers.

My boyfriend groans, turns over and blinks at me.  “Morning, love.”

Biphobia stubs the cigarette out inches from my leg.  “Nobody will take you seriously if you only sleep with men,” Biphobia growls.  “Find yourself a hot lesbian, and she’ll sort you out.  Your neighbour, Paula will do.”

As if on cue, I hear a knock at the front door.  I jump out of bed, pulling a long t-shirt over my head.  Sure enough, Paula is outside holding a kitten in her arms.

“How sweet,” Biphobia drawls.  “A lesbian with a cat—two for the price of one.”

“Can you keep Moxie for the morning?” Paula asks breathlessly.  “My mum is coming around.”

“Moxie’s allergic to her.  Some people are just too straight, you know?”

I take the mewling cat.  “No problem, Paula.  I’m not due in until this afternoon. It will be fun to play with the little thing.”

Paula straightens her blouse, fingers the top button.  “I was wondering, if you’ve got nothing else on, why not come over for lunch?” Paula smiles at me.  “I’ve been thinking of you a lot, you know?”

At that moment, my boyfriend comes down the stairs wearing nothing but a towel draped around his hips.

Paula goes pale.  “Oh, I see you’re busy.”  She literally grabs the kitten from me.

“I can still look after Moxie,” I say to her retreating back.

“I don’t want her exposed to hetero-normative influences.  She’s a sensitive creature, you know?”

Biphobia shuts the door.  He glares at me for some time.

The bank I work for starts an LGBT networking group.  I don’t quite believe it is real until I enter a room full of happy faces.  Queer staff and their partners from all over the South-East have travelled to our Brighton head office to take part in the launch.  Of course, Biphobia turns up to the event too.  He sloshes down bottles of wine, and eats all the sausage rolls.

A senior cashier from Littlehampton corners me by the windows.  “Did you bring your girlfriend with you?” she asks.

“I have a boyfriend,” I respond before I can stop myself.  “He was busy.”

The cashier looks like I’ve slapped her.  “This group is vitally important for gays and lesbians.  It’s not for straights.”

“I’m bisexual.”  I’m aware my voice is a whisper.  I’m aware I don’t want anyone else to hear me.  Biphobia slips an arm around my shoulder.  I feel totally intimidated.

The cashier looks embarrassed.  She says nothing as she turns and quickly walks away.

Arnold Rosbottom, the area manager, makes a speech.  He is full of earnest words.  Gays and lesbians are addressed in every single line.  Transgender workers get a special mention toward the end.  But he doesn’t say bisexual once.

I feel Biphobia’s arms wrap around my chest.  He squeezes me so I can barely breathe.   “You can end this right now,” Biphobia says.  “Admit you’re really a lesbian.  Hell, admit you’re really straight, and you won’t have to put up with any more of this crap.”

I feel absolutely terrified as another woman approaches me, even though she smiles as she speaks.  “A group of us girls are going to the Candy Bar later.  We can get away from all these horrid gay boys.”

Biphobia’s hand slides up to my throat.  “Say yes,” he whispers.  “Join them.”

My voice is a squeak when my mouth opens.  “I’m bisexual.  I don’t hate men.”  Biphobia’s grip on my throat slackens as I continue.  “I like people, period.”

The woman screws up her face.  “You need to make up your mind.”

“Preach, sister!” Biphobia calls out.  He stands beside her, but he looks somehow smaller.

“I have made up my mind,” I say with a new strength in my voice.  “I’m leaving.  I’m going to the Brighton Bothways meet-up instead.”

“It’s for social for bisexuals and their allies.”

A man standing nearby turns to me.  “A bisexual meet up?  Can I come too?”  He tugs on another woman’s sleeve.  “Betty, we’re not the only ones!”

Betty’s eyes light up.  “Thank goodness.  I feel invisible in this place.”  She loops her arm through mine, leads me to the door.

Arnold Rosbottom catches my eye as we all exit.  “Leaving already?”

“There’s nothing here for bisexuals,” I say.  “You ought to fix that.”

I spot Biphobia slide up behind Arnold.  He is about to put his hands on the manager’s shoulder when Arnold nods at me.  “Of course you’re right.  I should have made everyone feel welcome.”

I pay him no heed as I walk out of the room with my new friends.  I leave Biphobia behind.  And maybe he’ll pop up again tomorrow, but something has changed in me now.  Biphobia doesn’t scare me anymore. 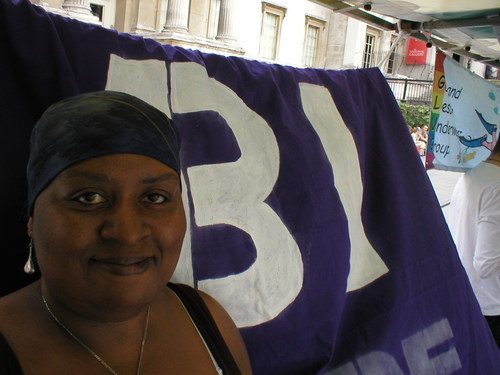