Nila is the Co-founder of Bi’s of Colour.  Please help support them in this difficult time.

LGBT History Month so far… I’ve attended 2 events so far for LGBT History Month.  Both events were clear that they were inclusive of bisexuals, unlike most LGBT history month events that are LGGGGGG….t The launch of Expansions at Watney Street Library was fab!  Several artists and creators presented their work on the walls.  There […] 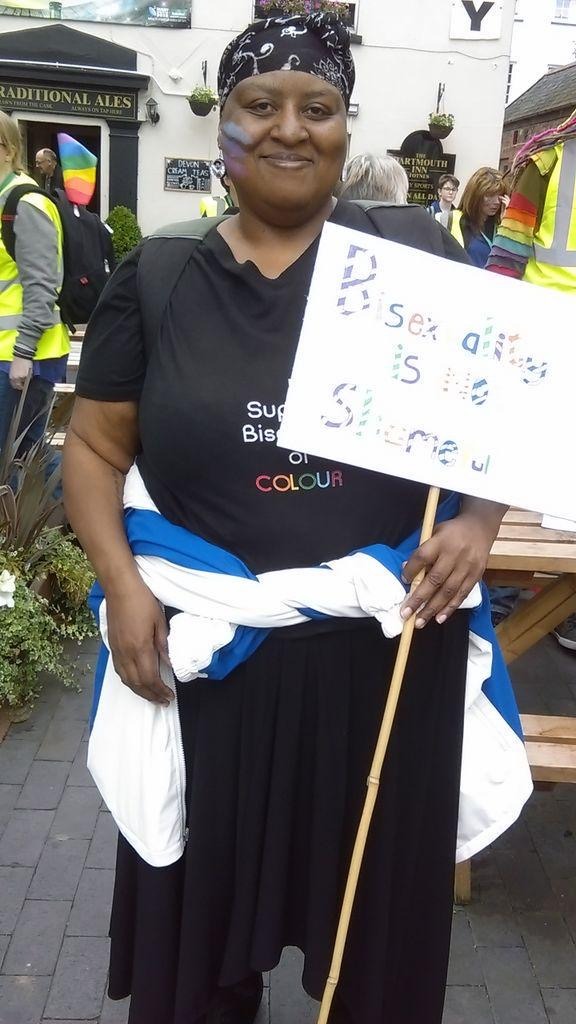 Below is my letter to School’s Out over the lack of bisexual inclusion in their official program:

I read through your magazine that accompanies LGBT history month.  Apart from the pictures of David Bowie, I couldn’t find anything that was specifically bisexual.

I was invited to take part in the LGBT History Month event in Bristol on 20th February, after being told by someone else involved, that there wasn’t a single bisexual session in it.  They realised at the last minute that they needed a bisexual speaker to be there.

I was contacted by someone who attended the launch of LGBT History Month  last weekend in London.  They told me there wasn’t any bisexual content or speakers at the event.

These are just 3 examples of the lack of bisexuality in LGBT History Month.  I realise that we bisexuals have to put ourselves forward, but if we are never asked to participate, then how can we?  I have been very disappointed with all of this, because it happens year after year.  I’ve been told that bisexuality is covered within LGBT talks and sessions, but that isn’t a good enough way to include us.  If I don’t see that something is specifically bisexual, I and many others will assume we aren’t wanted there, and won’t be addressed either.  This assumption has formed because of the countless times bisexuals are promised inclusion, but nothing has appeared.

So I have 2 questions for you:
How can you have a LGBT event with no B present?
What are you going to do to ensure this doesn’t happen again next year?

Sunday 14th of February may be Valentines Day, but it’s also the Bi’s of Colour Celebration for LGBT History Month!

Where: Peckham Library (5th floor) – 122 Peckham Hill St, London SE15 5JR.  Nearest train station is Peckham Rye (has lots of stairs) or Peckham Queens Road (has a lift). The library is very accessible, with decent loos inside and ramps to enter.

Why: LGBT History Month is traditionally not a great time for either People of Colour or Bisexuals.  We tend to get erased, and our history is ignored.  Jacq Applebee will be talking about our history project, and there will be refreshments too!

If you need any more info, email us at bis.of.colour@gmail.com